What is Dental Calculus (Tartar)?

If we make a brief explanation about tartar before tartar cleaning:

Bacteria in the mouth take place on the gum over time. This liquid and sticky layer increases over time and becomes a rough, dull and bad strip on the tooth surface. Saliva also hardens this bacteria and makes it permanent. This condition is called dental calculus, also known as tartar.

How to Prevent Dental Calculus?

The layer on the tooth surface, which can cause serious problems, creates a hard stone appearance on the tooth if it is not cleaned. The bacteria contained in it also trigger gum ailments.

The first thing that can be done to avoid this situation is daily tooth brushing. Tartar formation is prevented in teeth that are brushed in the morning and evening. Bacteria cannot find an area to spread.

It is also extremely important to pay attention to food and beverage. Excessive sugared, starchy and acidic foods and beverages prepare the ground for the formation of tartar.These foods produce bacteria by holding on the surface of the tooth and cause tooth decay, tartar and gum diseases. Even if you have eaten these harmful foods, it is recommended to clean your teeth immediately afterwards.

In addition, some people have more saliva secretion than necessary. This situation prepares the ground for bacterial growth. It is necessary to rinse the mouth from time to time and use mouthwash.

If dental calculus occurs on the tooth, it is impossible to scale on the teeth with cleaning methods such as brushing and oral cleaning. It is necessary to consult a dentist to scale dental calculus from teeth and gums.

Numbing or anesthesia is not applied to clean the tartar.

Although rare, there are some exceptions. 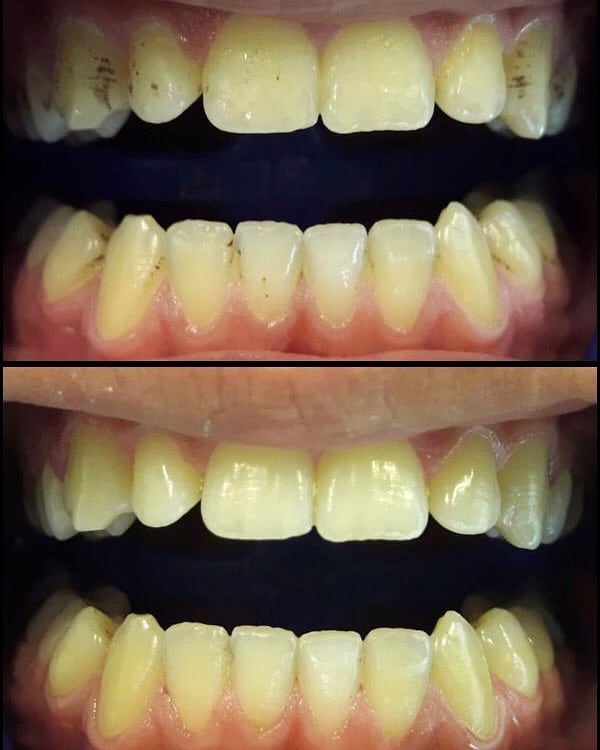 Swaying in the Teeth: The bone that supports the tooth is damaged. Unsupported teeth become dislodged in time and begin to shake. It is often not possible to treat this problem.

Bad breath: Tartar is more common in people who do not do enough oral care. Adding a tartar formation on top, the bad breath doubles.

Gum Recession: Tartar that occurs in the tooth causes infections. Organisms in the gum back away to protect themselves. As a result, gingival recession occurs and tooth gaps are opened.

Bleeding: Bleeding does not only occur during tooth brushing. In severe gum problems, bleeding can be seen even at night.

How to Clean Tartar?

Tartar is cleaned with the help of tools called Kavitron.

If there is no serious tartar formation, anesthesia is not applied. Such simple operations are called scaling.

Surgical intervention is performed in the formation of difficult tartar cleaning. The process of removing the gums and cleaning them up to their roots is called curettage. While curettage clears the more difficult tooth fungus, scaling is a more superficial procedure.

Does Dental Calculus Damage to Teeth?

There is absolutely no damage to the tissue and structure of the tooth in the tartar removal process. It is beneficial in contrast to the damage as it is the process of removing the harmful layer from the tooth.

After the procedure, the gums recover and return to a healthy appearance. The first few days are easily affected by the cold and heat caused by cleaning.

Operations that we cannot count, such as tartar formations that require surgical operation, application called scaling, methods and drugs applied for the inflamed area, and surgeon expertise cause the price to increase.

So you can smile more!